A problem faced by pretty much every modern web application, including Arreya Digital Signage, is supporting outdated web browsers. For various reasons, many large companies and healthcare organizations lag behind when it comes to staying up to date with new browsers. Historically one of the most troublesome browsers has been Internet Explorer and later Microsoft Edge. Many organizations are forced to use Internet Explorer and Edge to properly work with other Microsoft products and authentication services.  Thanks to the new introduction of Microsoft Edge Chromium for Digital Signage, hospitals and clients tied to Microsoft have the same benefits that Chrome users have.

Microsoft and Chrome Coming Together for the New Edge

At the end of 2018 and throughout 2019, Microsoft began to develop the next version of the Edge browser based off of the Chromium source code. Chrome vs. Chromium. Edge will now use Chrome’s rendering engine but still integrate with other Microsoft products. This is a major step forward in unifying web standards and making cross browser support easier. Webpages in Edge Chromium should now display and function the same way they would in the Google Chrome browser. 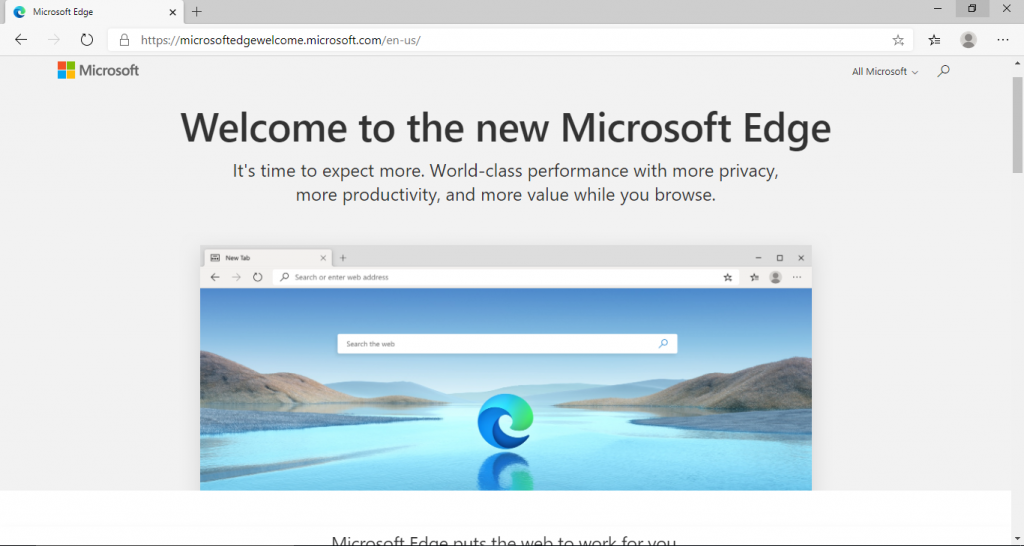 Google Chrome and the Chromium project have been on the bleeding edge of new browser technologies. For example, in 2019 WebUSB and WebSerial APIs became available in canary builds of Chrome. These APIs allow developers to access physical hardware on your device, through your browser without any additional plug-ins. These are just some of the cool features Microsoft Edge users will soon be able to take advantage of.

Chromium’s rendering engine and built in web APIs allow developers to create and users to have a rich web experience, without any extra plug-ins. Chromium and the Mozilla project helped make APIs like WebGL standard, which replaced clunky plug-ins like Flash and Silverlight. The move to web APIs has streamlined the connection between the user and the back end of the application.

Another great feature that users will benefit from with Edge Chromium, is the ability to support Progressive Web Applications, or PWAs. A PWA is a web application that can be easily installed to a computer and functions almost like a native desktop application. PWAs are easy to install, and users can be prompted to install the application. 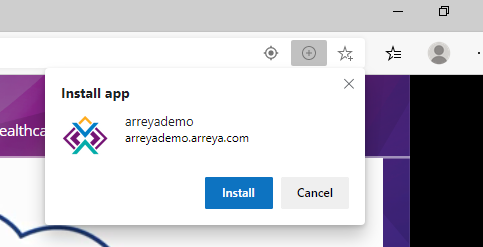 Right now, the first time you open your Arreya channel (yourchannel.arreya.com) in Edge Chromium, or another browser that supports PWAs, you will be prompted to install the application. After installing the application, you can treat it like any other application on your computer. This web application is a customized “app” customized specifically for your Arreya channel. This app can even be set to automatically launch at startup on Windows computers. All Chromium command line extensions are supported, so you can customize the startup behavior and create a basic kiosk mode for windows.

Microsoft Edge moving to Chromium based source code is an exciting step towards making the lives of developers, IT staff, and user’s easier when dealing with web applications and the web in general. Web APIs and PWAs are the next big step in the future of the web, and we at Arreya are excited to see Microsoft take a major step forward for their browser and their users.